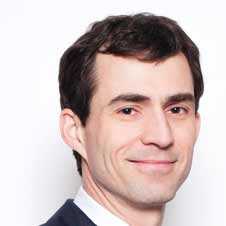 Jean-Sébastien BORGHETTI studied business administration and finance at HEC Paris before earning a PhD in law at the Sorbonne.

He has been a professor at Paris 2 since 2009. Jean-Sébastien specializes in contract and tort law, in a comparative perspective.

He also practices arbitration, both internal and international, and has been teaching contract law to arbitration lawyers for several years. He has been invited to teach in several countries, including the United States, and was a member of several commissions working on the reform of French law.