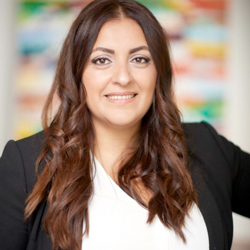 Shaparak is an expert in commercial litigation and international commercial arbitration, and has fifteen years of experience in these areas.

She has advised numerous European and American oil companies in arbitration proceedings against a North African State-owned oil and gas company, and has represented major companies in the aeronautics, space, pharmaceuticals, chemicals and construction industries both before arbitral tribunals and state courts.

Shaparak has broad experience in post-arbitration litigation before French courts, having represented clients in some twenty setting-aside proceedings. She was also involved in enforcement proceedings of numerous awards against sovereign States, most notably in the Yukos case.

WWL says « Shaparak Saleh is highly rated by peers who commend her ‘huge amount of experience in arbitration’ adding, ‘She juggles facts and law with uncanny ease’. »