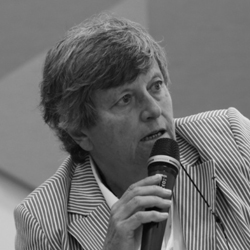 Laurence IDOT is professor emeritus of the Panthéon-Assas University (Sept. 2018).

She mainly taught European Law and Competition Law, but also Arbitration Law. Since their creation (respectively in 1991 and 2004), Laurence Idot is co-director of the monthly review Europe and director of the scientific committee of the review Concurrences, as a member of advisory boards of several reviews.

She has an active role in many academic associations and chaired the French Association on Competition Law (AFEC) (2008-2014) before becoming an honorary president. Laurence Idot has extensively written on EU law and competition law (articles and books) and on their interaction with arbitration and international private law.

She has been a Member of the College of the French Competition Authority for two mandates from 2009 to 2019 (Autorité de la concurrence) and has also experience as a consultant and an arbitrator.