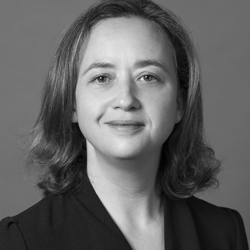 Laurence is a partner in the international arbitration group of Hebert Smith Freehills based in the Paris office.

She has extensive experience both in international commercial arbitration and in investment arbitration (in particular under the rules of ICC, ICSID, AFA, SCC, UNCITRAL as well as ad hoc arbitrations). More specifically, Laurence often advises on energy, construction, corporate, distribution and contractual disputes. She has developed a special focus on the OHADA region and Maghreb countries.

Laurence also acts as an arbitrator and appears before French Courts, both in international private law disputes and in cases arising from arbitration (from challenge to jurisdiction to enforcement proceedings).

She holds a PhD degree from the University of Paris 2, conducted under the supervision of Professor Philippe Fouchard on "Judicial review of arbitral awards under French and American Law", Laurence qualified as a French Avocat in 2002.