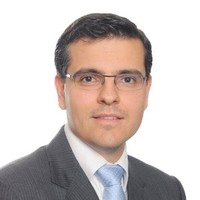 José Manuel GARCÍA REPRESA is a partner at Dechert’s Paris office. He is a specialist in international commercial and investment arbitration, with a particular focus on cases involving Europe and Latin America.

He has experience in cases involving multiple jurisdictions and procedural rules and has appeared before ICC, ICSID, LCIA and ad hoc-UNCITRAL arbitral tribunals.

He is a regular speaker at numerous conferences, seminars and courses throughout Europe, the US and Latin America. In 2018, he was appointed member of the ICC Task Force on Arbitration of Climate Change Related Disputes.

Mr. GARCÍA REPRESA is a gradutate of the Universidad Complutense de Madrid, the Université Paris 1 – Panthéon Sorbonne, and Columbia University School of Law in New York (LL.M., Fulbright Scholar). He is admitted to the Madrid, Paris, and New York Bars and is fluent in English, Spanish, and French.