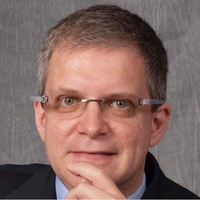 Gary F. Bell is Associate Professor at the Faculty of Law of the National University of Singapore, where he is the Director of the LL.M. in International Arbitration and Dispute Resolution, and the LL.M. in Asian Legal Studies.

Having a strong focus on international arbitration and dispute resolution and comparative law, Prof. Gary F. Bell has published extensively in these fields. He is the editor of The UNCITRAL Model Law and Asian Arbitration Laws (Cambridge University Press, 2018). He has also acted as arbitrator in numerous cases under the rules of the SIAC, the ICC, the LCIA and the KCAB. He is a member of several Panel of Arbitrators (Korean Commercial Arbitration Board, Singapore International Arbitration Centre).

He is fluent in English, French (mother tongue) and has working reading knowledge of Bahasa Indonesia. Prof. Gary F. Bell is member of the Barreau du Québec (Bar of the Province of Quebec) and of the Barreau de Montréal (Montreal section of the Bar).