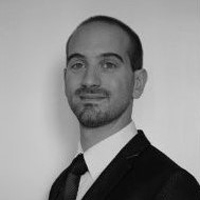 His research is focused on international litigation and conflict of laws with a PhD defended on "The organization of the international competition of courts" (on the theory and practice of jurisdiction to adjudicate, both of judges and arbitrators). This work was awarded the Paris 2 Panthéon-Assas Prize and the Robert Dennery Prize of the Chancellery of universities and published by Economica, Paris, in 2016.

He is regularly invited to talk or teach in various universities, both abroad (e.g. Doshisha, Beijing Normal, Luxembourg universities) and in France (e.g. Paris 2 Pantheon-Assas, Paris 12 Creteil, Toulouse Universities) and publishes articles in French and English.

Aside from purely academic activities, he is also deputy director of the Lynxlex.com website project, developing an EU private international law online database.