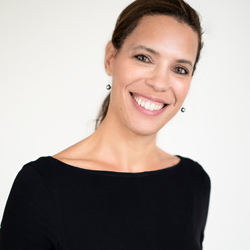 Diana PARAGUACUTO-MAHÉO is a partner in Foley Hoag's Paris office and a member of the International Litigation & Arbitration Department, where she specializes in international arbitration and litigation and ADR.

Diana regularly serves as counsel in complex arbitral proceedings either ad hoc or held under the auspices of major institutions such as the ICC, ICSID, LCIA and SIAC.

Diana is an expert at defining case-winning strategies not only in arbitration but also in multi-forum disputes. She has successfully represented leading companies, and sovereign entities in complex matters taking place in multiple jurisdictions.

Diana regularly assists clients in complex negotiations and has acted as mediator in more than 20 international commercial mediations.

She further acts as arbitrator and emergency arbitrator in international commercial cases, which gives her a valuable insight into the keys to successful arbitration.

Diana is also a court member of the International Court of Arbitration of the ICC where she scrutinizes hundreds of awards from all over the world.

She was a grantee of the prestigious Fulbright scholarship and is admitted to practice law in Paris, Madrid and New York. Diana is a regular speaker at international conferences, international courses and workshop. She is identified in Who’s Who Legal in Arbitration for France since 2017.